The people who clean up, wash their hands and hair for hours, build their life on being clean all the time are having a hard life because of this obsession. Although, getting over this obsession is easier than people think. DoktorTakvimi member Psychologist Didem Çengel states that psychotherapy is often sufficient in the treatment of cleaning obsession while answering the questions about this obsession. 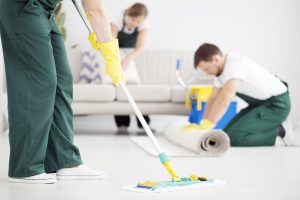 Wipe, sweep, tidy up, it’s not good enough, wash hands once again, get rid of dirty clothes outside the door before running up to the bathroom, and start all over, wipe, sweep, dust off, tidy up… Is there anywhere got dirty already? When the kitchen is also cleaned, then it will be all done! Now, once again, one, two, three, four, and five! Alright, hands are washed five times…Something bad will happen if I don’t shampoo my hair three times. Cleaning routines that take hours and have no end of, yet never feels like they are sufficient. So, does being clean make life difficult? DoktorTakvimi member Psychologist Didem Çengel answers this question.

Obsessive-Compulsive Disorder (OCB) is defined as repeatable action and thinking patterns that damage one’s daily living activities. Psychologist Çengel explains that thoughts that appear unintentionally in the mind and cause discomfort in the person are called obsessions, and the behaviors that the person does to relax against the uneasiness caused by these obsessions are called compulsions or rituals. Stating that cleaning obsession is also an obsessive-compulsive disorder, Psychologist Çengel points out that the root of the obsession with hygiene, which can occur for different reasons, is usually based on old life traumas. Çengel continues as “The quality of the bond established within the family, the parents’ claiming many behaviors as dirty, filthy or bad, the cleaning disorders of the family members, the stating and repression of sexuality as a sin, shame and uncleanness, being exposed to violence, growing up in an environment where one’s needs and care is ignored can cause this obsession. In addition, the effect of environmental and genetic factors should not be ignored.” 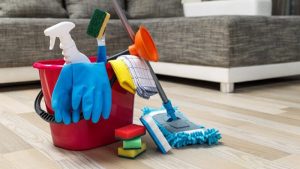 What are the symptoms of cleaning obsession?

Psychologist Çengel states “We can consider cleaning disorder when it interferes with the one’s functionality, when there are difficulties in continuing the regular flow of life or when the relations with the social surroundings are affected.” while also underlining that even if there is no obvious pollution or mess when the person starts to want to do an intensive cleaning and to do the cleaning for hours, it turns into a problem. Saying that personal cleaning is very important for obsessive cleaners, Psychologist Çengel states that these people take longer showers than others and that no matter how much they wash, they still have question marks in their minds that they are not fully cleaned.

Reminding that obsessive cleaners, who are constantly afraid of contamination, have a repetitive hand washing obsession, Psychologist Çengel continues as follows: “In some advanced cases, wounds or cracks may occur due to washing hands frequently and with some hygiene materials. The need for repetitions such as 3, 5, 7 while cleaning is another behavioral pattern. Obsessive-compulsive cleaners may feel the need to wash many times, especially because they find everything that comes from outside to their living area is dirty. No matter how much cleaning is done, it is not enough, these people still think that it is dirty and they are not free from dirt. Obsessive behaviors against certain situations can also be seen in those who have a cleaning disorder. While the thought of being dirty constantly manifests itself in some patients, some obsessive-compulsive cleaners may repeat their behaviors to avoid negative situations and repetitive thoughts. E.g; If I don’t wash my hands three times, something might happen to my mother.”

Possible to treat with psychotherapy

DoktorTakvimi member Psychologist Çengel mentions, while both medication and psychotherapy combination is recommended in some cases, she says that psychotherapy is often enough in the treatment of obsessive cleaning. Describing that cognitive-behavioral therapy is the most effective method used in the treatment of OCD and obsessions, Psychologist Çengel says, “Actually, the most important step in the treatment process for obsessive-compulsive cleaners is cognitive restructuring. Our minds tend to focus on the negative. Obsession, on the other hand, has repetitions that constantly focus on and trap the negative filter of the mind. Reframing with cognitive therapy works on the person’s distorted thoughts. To explain this with an example; If you are obsessed with cleaning very intensely, take a look at what you are trying to clean, not your hands or your house, but your thoughts are the ones that you are trying to clean. What you have washed 50 times are your thoughts and your anxiety…”

Stating that all repetitive behaviors occur to eliminate thoughts and anxiety caused by these thoughts, Psychologist Çengel says that if we look at the world with thoughts, anxieties will not leave us. Reminding that thoughts are perceptual, and perceptions can sometimes mislead us, Psychologist Çengel explains that the mind tends to focus on negative stories. Çengel continues: “If you get lost in these negative stories, you will keep cleaning your hands and your house. For this, it is necessary to accept that every thought is in a flow state and is a guest. You can explore these thoughts in the company with an expert, without forgetting the support of family and friends. Instead of cleaning to avoid getting dirty, you can accept the possibility of getting dirty, and you can notice the cyclical behaviors to relieve repetitive thoughts.”