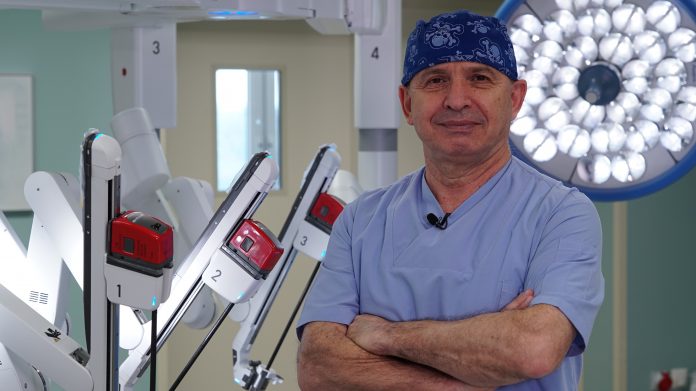 Lung cancer is the most common type of cancer in the world and in our country, and it also causes the most deaths, Anadolu Medical Center Thoracic Surgery Specialist Prof. Dr. Altan Kır, stating that the rate of the disease among all cancers is approximately 21 percent,  said “While lung cancer is the most common type of cancer in men, lung cancer ranks number 5 in women. Lung cancer is also a type of cancer that causes the most death; that is, 1 out of 5 cancer patients dies from lung cancer. In addition to tobacco use, environmental factors such as passive smoking, some substances in the soil and air pollution can also cause lung cancer. Lung cancer usually does not show any symptoms. These tumors are usually caught during a scan or checkup. However, today, due to the pandemic, many people who we suspect of COVID-19 were scanned, and many lung tumors were caught in the early stages”.

Anadolu Medical Center Thoracic Surgery Specialist Prof. Dr. Altan Kır said, emphasizing that the most important cause of lung cancer is the use of tobacco and tobacco products, said “However, lung cancer can be seen not only in those who use tobacco and tobacco products, but also in people who have never used tobacco or tobacco products, about 10 percent. Furthermore, environmental factors are also important. Environmental factors such as passive smoking, some substances in the soil and air pollution can also cause lung cancer. In addition, genetic factors are also an important factor. The risk of occurrence increases in those with a family history of lung cancer in their first-degree relatives”.

Underlining that lung cancer usually does not give any symptoms, Thoracic Surgery Specialist Prof. Dr. Altan Kır said “These tumors are usually caught during a scan or control. However, due to the pandemic today, many people who we suspect of COVID-19 have had CT scans, and many lung tumors have been caught in the early stages. If the tumor is in or close to the airways, respiratory complaints such as resistant cough, expectorate and shortness of breath can be seen. In addition, complaints related to the involvement of neighboring structures or tissues such as hoarseness and chest pain may also be seen. Besides, patients may be seen with general cancer symptoms such as weight loss, loss of appetite, and fatigue”.

Imaging methods are used for diagnosis

Prof. Dr. Altan Kır stated that imaging methods were first applied to patients suspected for lung diagnosis and said “Besides the classical imaging methods, we apply tomography and some special imaging methods, showing the metabolic activity of the disease. Depending on the results of these, the localization of the tumor, we either perform a biopsy from the airway endoscopic, that is, by entering the trachea with an instrument called bronchoscopy, or we diagnose it by biopsy with a needle, with the help of tomography from the outside. We determine the cell type of cancer. Lung cancer generally has two main cell types. One is small cell lung cancer and the other is non-small cell lung cancer. Lung cancer, which we call small cell, accounts for about 20 percent of all lung cancers”.

Open and closed surgical methods can be applied

Prof. Dr. Altan Kır reminded that the aim of surgical treatment is to control the disease locally and to determine the pathological stage of the disease and said “What we do in the surgical procedure is to remove either the lobe or segments of the lung or the entire lung together with the lymph nodes. Sometimes we also remove the tissues or structures that are involved with the lungs and lymph nodes. There are two different surgical methods, open and closed. In the open surgical method, we perform the surgery by entering between the ribs through an incision of approximately 10-15 cm. In this type of surgery, patients have more post-operative pain and a longer recovery period. Among the closed surgeries, there is also robotic surgery. On the other hand, since robotic surgery is a method that causes fewer traumas to the patient surgically, the postoperative comfort of the patient is much better”.