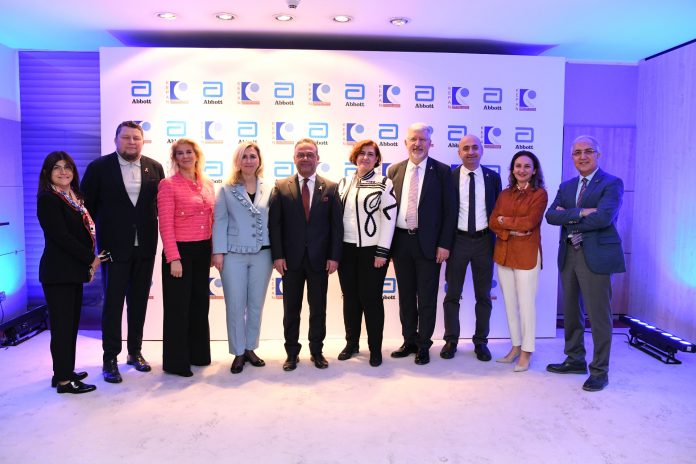 KEPAN’s Medical Nutrition Awareness Research, conducted with the unconditional support of Abbott, shows that there is an opportunity for education on malnutrition and the importance of muscle health.

In diseases, the nutritional status of the patient is of great importance for the healing process. While malnutrition, that is,     poor nutrition, negatively affects treatment and adherence to treatment, it also significantly reduces the quality of life of patients and their relatives. According to the results of the Medical Nutrition Awareness Survey conducted bythe Turkish Society for Parenteral and Enteral Nutrition (shortly in Turkish KEPAN) with the unconditional support of Abbott with the participation of more than a thousand people across Turkey, the number of people who know the definition of malnutrition is quite low. According to the report, 78% of the participants reported that they had not heard of the definition of malnutrition before, while almost all of the same group (95%) stated that “nutrition” had a positive effect on the healing process of diseases.

The report states muscle loss, which nutrition and muscle strength are actually linked, causes problems such as weakness, slowing of movements, being bedridden, including difficulty in breathing and awareness of medical nutrition therapy and solutions to these problems were measured. Considering the report, the first thing that comes to mind when malnutrition or poor nutrition is mentioned is mostly babies and children with developmental delays (68%). However, it is overlooked that malnutrition is at the forefront, especially in diseases with a long and tiring process such as cancer, stroke, Alzheimer’s and dementia, and it has an importance that will affect the course of the disease and even survival. For this reason, there is a need to raise awareness that it is possible to increase the success of treatment and the quality of life of patients and their relatives with medical nutrition support in such cases.

The results of the Medical Nutrition Awareness Survey, which was prepared to raise awareness about malnutrition, were announced at the press conference organized by the Turkish Society for Parenteral and Enteral Nutrition (KEPAN) with the unconditional support of Abbott.

The highlights of the Medical Nutrition Awareness Survey, in which 1,213 people participated, are as follows:

“Medical nutrition is a cure”

Prof. Dr. Murat Gündüz, President, Turkish Society of Clinical Enteral & Parenteral Nutrition (shortly in Turkish KEPAN), said, “A series of activities are carried out by KEPAN, the clinical nutrition association of our country, in order to raise the awareness of the society about malnutrition and to draw attention to this situation. The nutritional status of patients who applied to general surgery, geriatrics, neurology, radiation oncology and medical oncology outpatient clinics in 21 cities and 50 centers across Turkey in the previous year were evaluated cross-sectionally. According to this study, it has been revealed that planning is necessary in nutrition therapy in one out of every five patients. Malnutrition and malnutrition due to diseases cause two separate problems. The first of these problems is that malnutrition delays recovery, increases the tendency to infections, prolongs hospital stay and increases mortality rates. The second problem is that malnutrition causes serious economic losses. According to a study conducted in European Union countries, the economic burden of malnutrition on Europe is approximately 170 billion Euros per year. As KEPAN Association, we organize numerous training meetings for health professionals and awareness activities for the public in order to bring this situation to a better position regarding both the health of our people and the country’s economy.”

Stating that the published Medical Nutrition Awareness Research reveals the effect of malnutrition on muscles, Prof. Dr. Murat Gündüz continued his words as follows: “According to the report, 52 percent of the participants stated that they think that malnutrition causes muscle loss. Damage to natural reflexes such as breathing and swallowing is not generally considered a result of muscle wasting. Among the problems caused by muscle loss, movement system problems such as inability to move (77%), weakness (84%), slowness in movements (83%) are more common.

Prof. Dr. Gülistan Bahat Öztürk, Secretary General of KEPAN, on the other hand, said the following on the subject: “Even if the elderly do not have any underlying comorbidities, malnutrition is the group in which malnutrition is common due to the changes that occur with aging. The ideal body mass index is significantly higher in the elderly than in the young. In other words, it is more advantageous for the elderly to be a little overweight to live longer and independently. Our motto in the elderly should be adequate nutrition and healthy age.”

Stating that weight loss is 15-20% at the time of diagnosis, 80% in advanced stages of the disease, and 80-90% in end-stage cancer patients, depending on the type of cancer in Surgery and Surgical Oncology Patients, Prof. Dr. Mutlu Doğanay, II President of KEPAN continued his words as follows: “Like all diseases, malnutrition should be diagnosed early and its treatment should be started in the early period. A quarter of cancer patients die due to the consequences of malnutrition rather than the tumor itself. Malnutrition adversely affects the quality of life and the side effects of treatments such as surgery, chemotherapy and radiotherapy. Complications such as wound infection are reduced, hospitalization times are shortened, and treatment costs are significantly reduced in patients with good nutritional therapy. For this reason, a real scientific evaluation of malnutrition should be made in these patients, and nutritional treatment of patients with malnutrition should be started immediately. Especially in cancer patients, nutritional products for medical purposes should be started according to the need, and at the same time, a taste memory should be created with these products against the loss of taste due to the treatments applied. If nutritional problems are not managed appropriately, they limit responses to the best treatments. Before both surgery, chemotherapy and radiotherapy, we should increase our success in treatment with nutrition, which is the main fuel of our defense weapons against negativities, by filling the patient’s nutritional stores. For a sustainable health system, early diagnosis and treatment of malnutrition is of great importance in our country as well as all over the world.”

Love and protect your muscles

With the “Kasını Sev, Kasını Koru” (in English ‘Love Your Muscle, Protect Your Muscle’) project, which was implemented with the unconditional support of Abbott to raise awareness about muscle loss, the necessity and importance of muscle strength, anyone can enter the website www.kasinikoru.com and learn the muscle age by typing in the muscle age calculator age, gender and the time to perform the test. Ayhan Sicimoğlu, who published a video to draw attention to the importance of muscle strength by calculating muscle age within the scope of the project, gives the message that “whatever your muscle age is, take care of your muscles to maintain your strength and continue to eat in a way that protects your muscles” and invites social media users to challenge.

Informative social media posts specific to the campaign can be followed on the Instagram page of @beslenmedebilim and all users can join the challenge. The muscle age calculation test can be accessed at www.kasinikoru.com.